For the July Artwalk, we will be having two events in one. Come and see us at our office at 19 King Street between 5 and 9 pm. 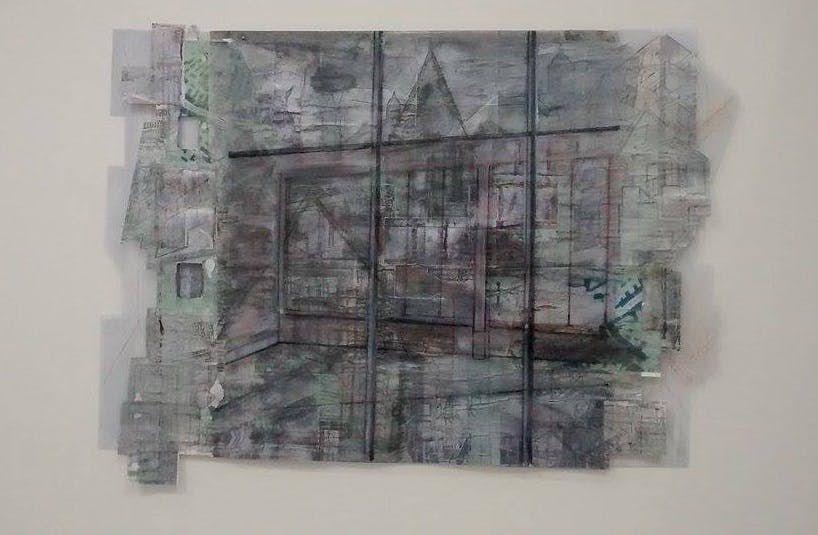 Living in Wakefield for over a decade means I’ve seen a lot of change. I was inspired by the vigorous regeneration and construction work to beautify Wakefield and conserve its heritage. Buildings such as Wakefield One, Merchants Gate, the old library and the courts, stimulated the desire to explore the theme of complexity. What is the relationship between historical and modern architecture in Wakefield?

The pieces are part of an exhibition shown at Wakefield College for a final major project. The pieces comprise of mixed media using layering to create 2D and 3D effects. They explore the transition between the physical dimensions and the past. This work is inspired by development and building work in the city with influences of cubism and geometric abstraction.

AJ Slack is an art student living in Wakefield with an interest in mixed media. In 2013, AJ began a foundation in Art at Wakefield College after several years working at the Cockpit music venue in Leeds. Inspired by the beautiful environs of Todmorden, AJ dabbled first in landscape photography and then in wire sculpture, before embarking on a discovery of art. AJ begins a fine art for design degree course at Batley College in September. 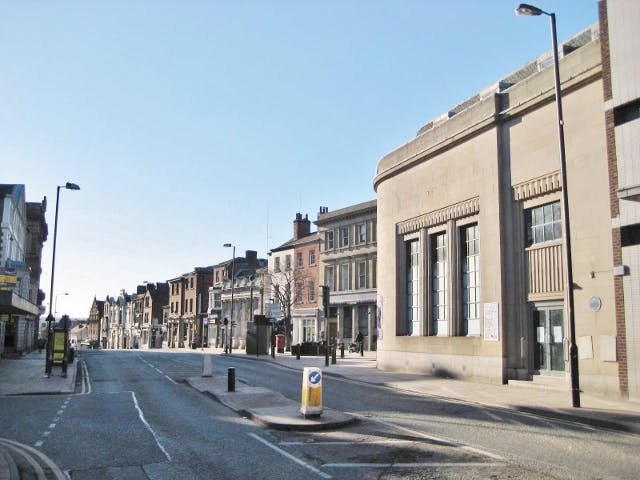 Westgate is one of the most important and prestigious streets in Wakefield. It has many fine Georgian and Victorian buildings as well as a wide cultural offering with artists' studios, the Theatre Royal, Westgate Chapel, and Unity Hall (currently the subject of a major renovation project). Step back a street or two and you encounter historic properties such as the Orangery and the Westgate yards side by side with modern developments such as Merchant Gate, Wakefield One (home to the city's new museum and library), the new Westgate Station and the Art House (now expanding into the former Drury Lane library).

On the face of it, then, Westgate has a lot to offer but for decades it has been the centre of Wakefield's night-time economy and has attracted a mixed reputation. As the licensed trade has moved into more and more buildings along Westgate, other businesses have moved out, leaving behind something of a 'mono-culture'. Not only does this deter many people from visiting the area, particularly on an evening, but it also means that, for most of the day, there are very few businesses actually trading and Westgate has become something of a dead zone. Now, with the decline of the licensed trade, there are opportunities to re-think what the city could and should do to give the Westgate area a lift.

Wakefield Council is now considering a project to help regenerate Westgate and Wakefield Civic Society has been asked to contribute ideas and support. We would like your help! Come along to the July Artwalk and have a look at our photographs of Westgate. Tell us what you like - and dislike - about the area to help us come up with a set of recommendations to put forward to the Council as part of a new master plan for Westgate.