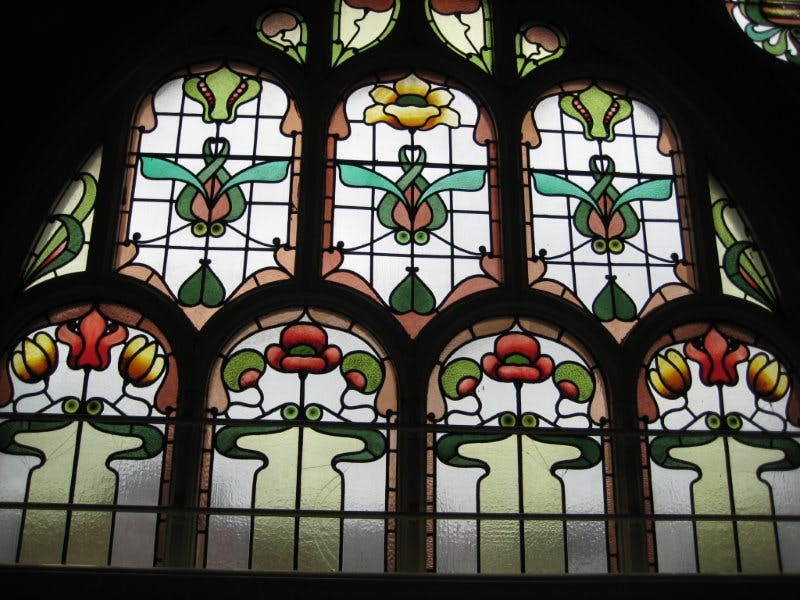 Join us for a talk about the refurbishment of Unity House, the former home of the Wakefield Industrial Co-operative Society, followed by a tour of the building and chance to see a short film on the heritage of the building.

This successful restoration project, led by Chris Hill and his team, has brought a semi-derelict eyesore back into commercial use and has been made possible in part by the generous support of the Wakefield community who have invested in shares to enable the work to be carried out.

Re-opened in September this year under a new name, Unity Works is now the new home for “creative commerce, professional meeting and conferencing, social gathering and live music in a 700 capacity venue, the Unity Hall”. Both major and minor halls have been restored to their former glory while being equipped with modern technology to make them suitable venues for live performances. In addition, business, conferencing and networking space, including hot-desking facilities, have been provided around the building. A number of independent office spaces have also been created and these are already being let to commercial tenants.

Chris Hill will tell the story of this remarkable transformation and will talk about the work that is still to be done. Following the talk, we will be led on a tour of the building by project architect Martin Cook, after which there will be an opportunity to see a 33-minute film, Unity + Heritage, made by One to One Development Trust and which celebrates the heritage of this landmark building.

The meeting is open to all - members and non-members. There is no charge to attend. Doors open a 7.00 pm and the event starts at 7.30 pm.

Although this is a free event, and there is no need to book places, it would be very helpful if you could use the 'get in touch panel' on our Contact Us page to let us know if you are planning to come so that we can get an idea in advance of the numbers likely to attend.