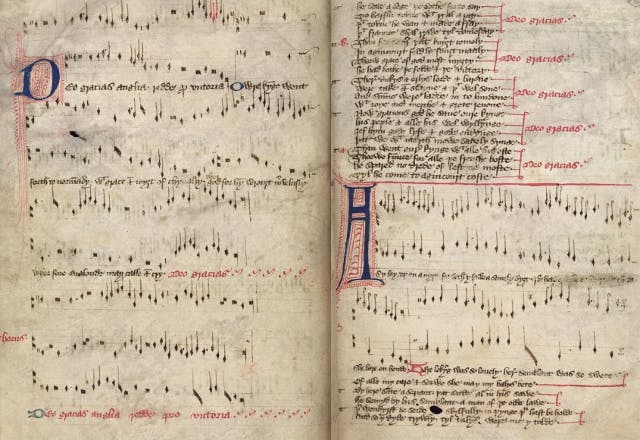 'Ther is no rose of swych vertu'

The English Medieval carols are much more than just Christmas songs. They reveal a great deal about the life and times of the people of fifteenth-century England. This talk will provide a light-hearted look at this fascinating musical form; listening to the music, understanding the texts, and examining some of the manuscripts in which they are found. Come along and hear all about their religious, political, humorous (and even naughty) glory!

Louise is a musicologist specialising in the music of the medieval period, particularly English music of the 15th century. She has a particular interest in 15th century carols, an important indigenous musical form abundant in a number of sources from the late fourteenth to the early sixteenth centuries.

Her work applies a combination of traditional and modern methodologies: empirical research, gender study and ethnomusicological research, in order to place the carol genre in clearer social, political and religious contexts so as to better understand its place and use in late medieval society.

Louise was appointed as Honorary Research Fellow of the Department of Music at the University of Sheffield in May 2015. You can follow Louise on Twitter @lcmi.

As teas and coffees will be served after the talk, it would be helpful to know in advance how many people will be coming.

To reserve your place(s), please contact us using the Comments box below saying how many seats you wish to reserve. You can also reserve seats and book tickets for all our events now on Eventbrite