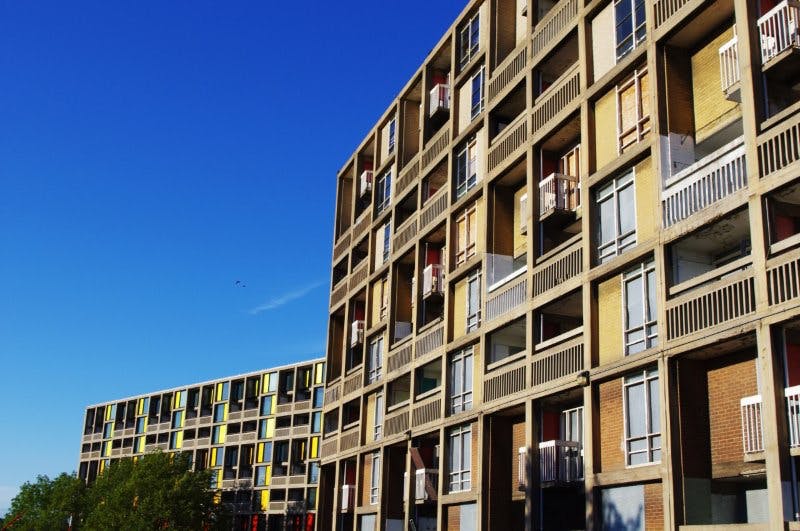 For our second talk of our 2015 autumn season, we have invited John Grindrod, author of Concretopia: A Journey around the Rebuilding of Post-War Britain to talk to us. 7.30 pm start (doors open from 7.00 pm)

How did blitzed, slum-ridden and crumbling 'austerity Britain' become, in a few short years, a space-age world of concrete, steel and glass? Discover the story of Britain's post-war rebuilding in this whistle-stop tour of ten brilliant, curious or downright bizarre buildings that represent the story of this turbulent period of our history, from 1945 to 1979. Travel from the days of prefabs and the birth of the Welfare State through to the concrete brutalism and ambitious plans that changed towns and cities up and down the country. John Grindrod is the author of Concretopia, a witty and revealing history of our post-war rebuilding, described by the Independent on Sunday as 'a new way of looking at modern Britain.'

John Grindrod has written for the Guardian, the Financial Times, the Twentieth Century Society Magazine and The Modernist. He has also co-written and edited a book about TV, Shouting at the Telly, and contributed to a book on music, Hang the DJ. He grew up in Croydon in the 1970s and has worked as a bookseller and publisher for twenty-five years. He runs the website www.dirtymodernscoundrel.com and can be contacted on Twitter @Grindrod

Tickets cost £6 each (£5 for unwaged/retired/students and Civic Society members). To book, please send us a cheque made payable to Wakefield Civic Society and saying how many tickets you require. Remember to give us your name and address and an email address if possible. Alternatively, you can book and pay for your ticket(s) on line through Eventbrite (booking fee applies) . It will also be possible to buy tickets on the night on the door.

This is the Society’s first event in Wakefield Town Hall since the building underwent an extensive refurbishment. There will also be an opportunity to visit the Society’s new office at the Town Hall into which the Society will be moving during September 2015.

Rickaro Books of Horbury will be on hand after the talk to sell copies of Concretopia for anyone who would like to purchase a copy signed by the author.