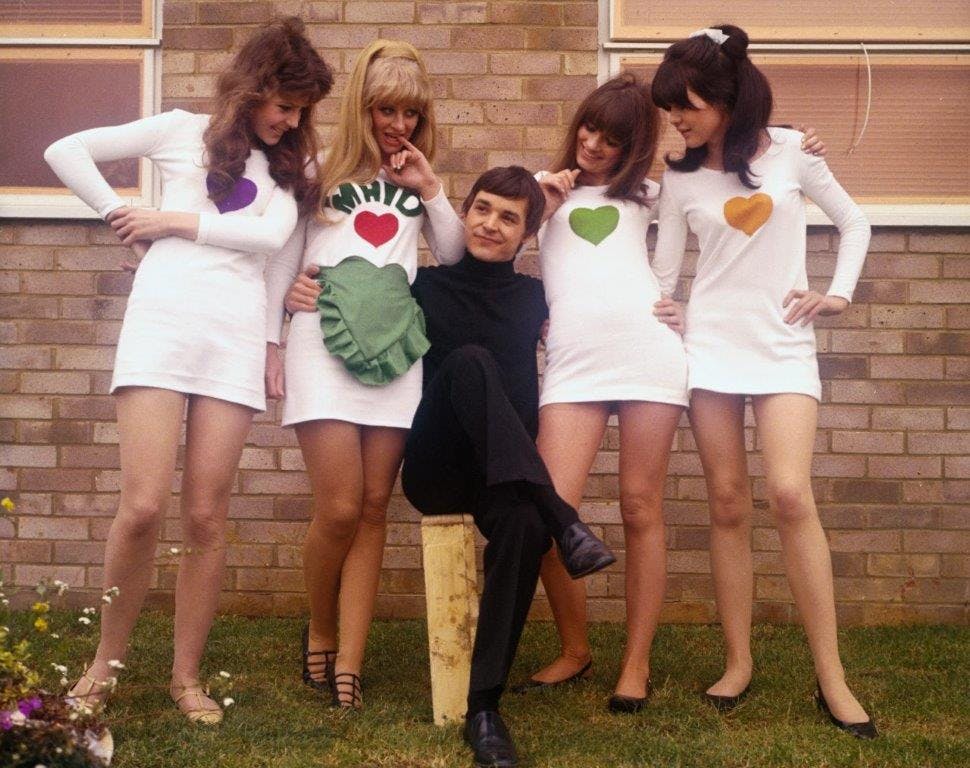 We are delighted to be collaborating once again with University College London’s Remembering 1960s British Cinema-going project, headed by Wakefield-born Melvyn Stokes, in offering a fun evening recreating the experience of what it was like to go to the cinema in Sixties Britain. Starting at 7.30 pm in the Theatre Royal Wakefield, a programme of 60s films will be shown.

Students from UCL’s acclaimed Drama Society will play the parts of 60s cinema employees, including uniformed usherettes and there will be a chance to meet the team for a post screening discussion.

The main feature we will screen, Here We Go Round the Mulberry Bush, was shot in 1967 – while the ‘summer of love’ was taking place in San Francisco. It tells the story of a young British teenager, Jamie (Barry Evans), who is trying to succeed with girls.

With its psychedelic opening credit sequence, great pop music (Paul McCartney was interested in writing the theme song but this was in the end produced by Stevie Winwood of Traffic), contemporary fashion (kipper ties, miniskirts, boots), and allusions to other films of the time (James Bond, The Loneliness of the Long Distance Runner), Here We Go Round the Mulberry Bush was a coming-of-age film that can still beguile audiences half a century later.

Barry Evans plays Jamie with great exuberance and growing self-awareness. His experience of “swinging new Britain” ends on a note of bafflement when he falls for a sexually independent young woman who, critic Janet Moat comments, “is very modern in her attitude to sex and relationships.” Evans is matched by a great supporting cast including future TV vet Christopher Timothy, a lecherous, bibulous Denholm Elliot, and a delightful young Judy Geeson.

One reviewer of Here We Go Round the Mulberry Bush sees it as “a perfect time capsule of Britain at a unique point in its history.” Hunter Davies, who wrote the novel on which the film was (loosely) based, proudly comments that it is seen today as “an archetypal sixties film. The music is still great – and so are the clothes, the costumes. People love the look of the film, smile at the dialogue and hum all the tunes.”

Tickets for our “immersive 60s cinema’ evening (£6.00/concessions £4.00) are available from the Theatre Royal Box Office, in person or on line, or can be booked directly with the Society using our booking form (download a copy here).

All Civic Society members using our booking form can purchase tickets for themselves at the concessionary rate. Bookings via the Society will be acknowledged and tickets will be available for collection from one of the Society’s committee at the Theatre on the evening of the screening.

The film is classified as suitable only for persons of 15 and over.

We are grateful to Theatre Royal Wakefield Park Circus Ltd for their help in making this screening possible.