Wakefield in the Great War - a talk by author Tim Lynch 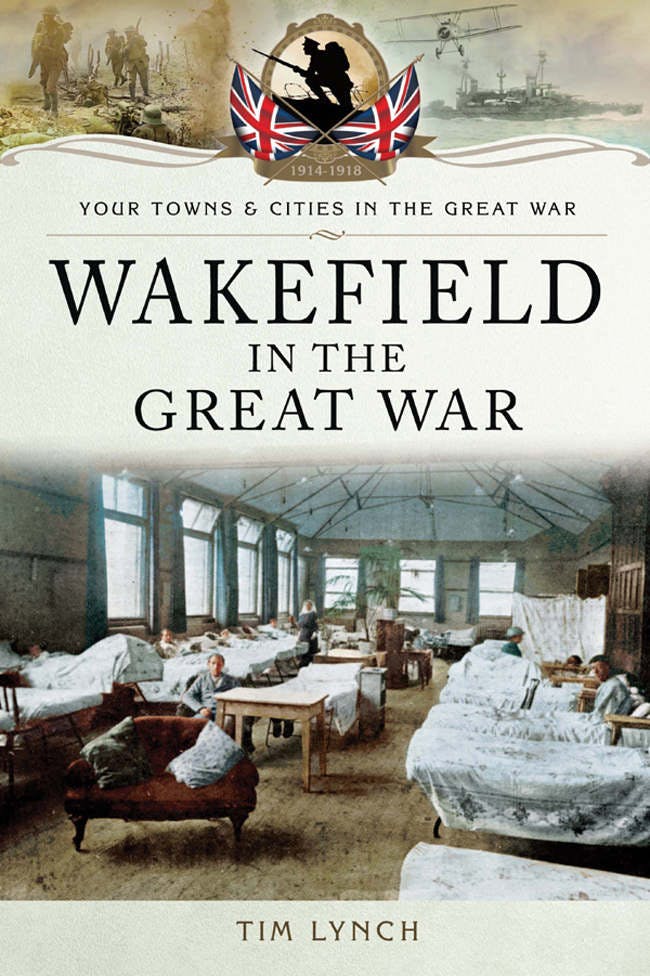 Based on his new book, Wakefield in the Great War, author Tim Lynch will tell us the story of how The Great War changed Wakefield for ever.

The Great War saw thousands of Wakefield men enlist in the armed forces, serving in every arm of the services. Wakefield in the Great War tells the story of the men who fought and the families they left behind.

This was total war. Volunteers worked tirelessly as nurses in local auxiliary hospitals, cared for Belgian refugees, sent food parcels to prisoners of war, fed soldiers during their long waits at railway stations and stitched sandbags to send to the Front. At nearby country estates, the 'Gorgeous Wrecks' practised manoeuvres at weekend camps.

Wakefield’s engineering firms set the model for war production from shells to backpacks.

Children gathered chestnuts and moss to help the war effort and stood patiently for hours in long queues to feed their families. The prison became home to conscientious objectors and the target for running battles in the street outside so that men had to find ways of sneaking over the walls to get back into jail.

Tim Lynch is a member of the Guild of Battlefield Guides and the Historical Writers Association, specializing in the social and military history of the twentieth century and currently working with community groups on a variety of commemorative projects linked to the Great War centenary. He has written widely on the Great War, has published eight books and is a regular contributor to magazines in the UK and US.

The talk will be held at Wakefield Town Hall, starting at 7.30 pm (doors open from 7.00 pm). There is no charge to attend and the event is open to everyone - you do not need to be a member of Wakefield Civic Society to attend. Tickets can be booked via Eventbrite: https://www.eventbrite.co.uk/e/wakefield-in-the-gr...

After the talk, there will be an opportunity to meet the author and to purchase a copy of his book (retail price £12.99).