The Angel of Passchendaele film premiere 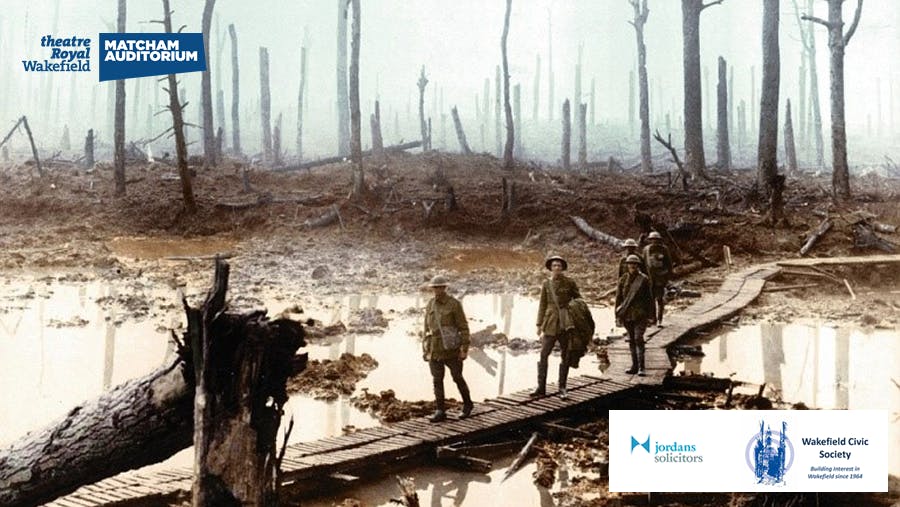 After we unveiled our blue plaque to Nellie Spindler, the staff nurse from Wakefield who was killed at the Battle of Passchendaele in August 1917, we were approached by Cardiff-based film company Just Druid who were keen to work with us on making an educational film about the Nellie Spindler story. This new film, entitled The Angel of Passchendaele, will be shown at a special premiere screening at Theatre Royal Wakefield on Tuesday evening, 3rd July.

The film, which lasts approximately 25 minutes, will tell the story of Nellie's life and imagined conversations between Nellie and her colleagues in the midst of the Battle of Passchendaele. The film also features details of a project undertaken by the children of Pinders Primary School, Wakefield, who were inspired by Nellie's story. The school is the one that Nellie would have attended as a young girl.

The evening will include presentations, a performance by pupils of Wakefield Girls' High School, and the screening of a second film, Futility. Set in 1917, this film tells the story of 2nd Lt Glyn Morgan of the Royal Welch Fusiliers who wrote a letter to his dad, the night before "Going over the Top".

The film also includes readings of letters also sent to Glyn's dad by Glyn's comrades from the trenches. These are read by veterans of Bosnia, Iraq and Afghanistan

The film ends with a series of remembrance projects by the pupils of Glyn Morgan's old school - Pontypridd High School.

Tickets for this very special event are available from the Theatre Royal box office - see http://www.theatreroyalwakefield.co.uk/whats-on/th...

You can find out more about the project to make the Nellie Spindler film on the Just Druid website blog here: https://www.justdruid.org/blogs/