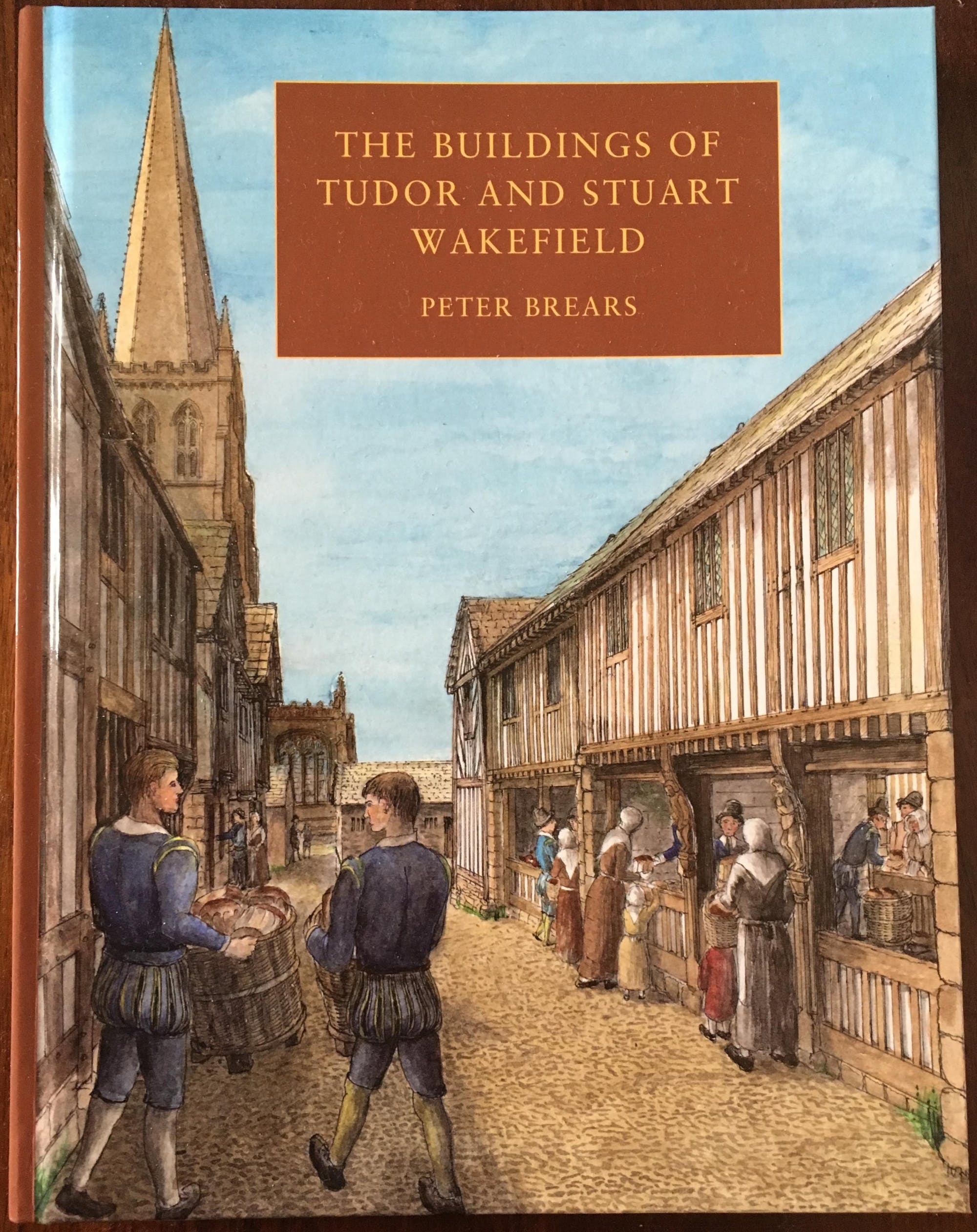 Meeting in the Old Restaurant on the top floor of the Town Hall at 7.30pm, the guest speaker will be Peter Brears whose new book The Buildings of Tudor and Stuart Wakefield has just been published.

Until the 1950s Wakefield was a city with many timber framed buildings, richly decorated with carvings. In the late 1950s/early 1960s almost all were swept away in redevelopment of the city centre. At the time a teenage Peter Brears was recording buildings as they were demolished and saving carvings and plaster mouldings for Wakefield’s Museum. In his book Peter provides his own meticulously detailed drawings and paintings reconstructing Wakefield’s lost buildings.

“The medieval woollen trade moved from old established towns like York, with their rules and regulations, to newer towns like Wakefield in the 16th century,” says author Peter Brears. “In the 16th century and early 17th century, Wakefield became the regional centre of the woollen trade. As a result, it developed half-timber and stone inns, shops, houses and warehouses of the finest design and craftsmanship. I hope this book will give pleasure and knowledge, and persuade readers that the best of the past is superior in its human qualities than anything they put in its place.”

After the talk, which is free to attend, Peter will be available to sign copies of the book priced at £19.95.

After the meeting the book can be purchased at the Cathedral Bookshop, Rickaro Books in Horbury and through the WHS website.